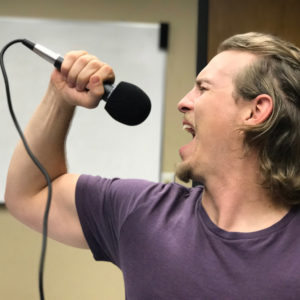 Payton daydreams of a life on the road exploring the far-reaching and boundless communities that inhabit our earth. Curiosity is just another thing Payton bundles in his suitcase when traveling. His biggest goal is to keep moving forward, opening new doors, and continue treading new paths to glean a better perspective of humankind. He fully believes their is something always hiding behind the door, you simply need to open it.

Payton earned his undergraduate in preaching and ministry from Oklahoma Christian University and is currently working on a master’s degree in divinity. He has served the church in different capacities for the past 5 years and currently serves as a Connection Minister in Norman, Oklahoma. He has been married to his lovely wife, Darian, since 2014. If you want to get on Payton’s good side, start your conversation with “Thunder Up!” That usually does the trick. 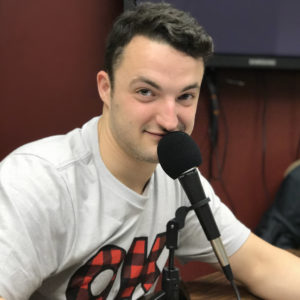 Lex is metaphorically taking a road trip in a fancy car but the problem is he doesn’t have a map and he has a terrible sense of direction. While life isn’t always clear, he knows he’ll get where he’s going eventually just like all the other confused drivers out there. On the way, he’ll get married to Jess, watch a lot of sports, stretch his legs in the gym, and stop to ask God for directions along the way.

Lex has a BA in Preaching and Ministry from Oklahoma Christian University and is working on a Master’s of Theological Studies. He’s marrying Jessica Childers on May 27, 2017. Feel free to crash his wedding but he’ll expect a killer Owen Wilson impression. 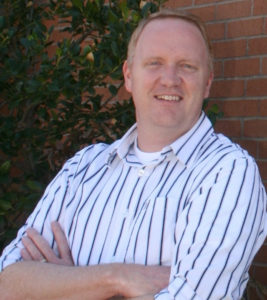 David’s love for film is borderline fanatical. It’s tough to find a movie or short film he hasn’t seen and can usually find him on the weekends in a theater. You may also find him diving into the fantasy world of Xbox ONE, playing Halo or Destiny. His past mottoes have been “Saving the world, one click at a time” and “Safety first never last, have a future not a past.”

David earned undergraduate and master degrees in organizational leadership from Chapman University. He served 20 years in U.S. Navy submarine service and volunteered more than 14 years as a youth leader in churches that did not have a youth minister. He is currently an Associate Minister and is working on a master degree in Christian ministry from Oklahoma Christian University. David has been married to his awesome wife Shar for 25 years. He and his family currently live in Wichita Falls, Texas.